It's still Spooktober, and I'm borrowing a page from last year and opening a couple of Aliens from Ben 10.  How's that? 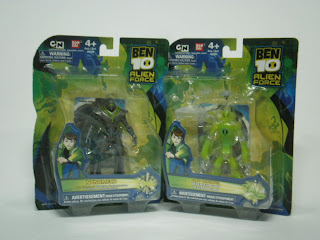 Nanomech was an Alien first introduced in the second live action movie.  Goop was one of the new set of 10 aliens for Alien Force. 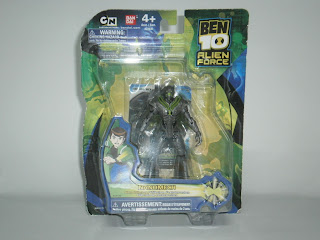 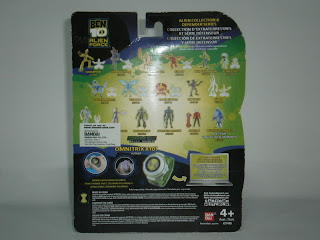 Nanomech, despite being from the movie Alien Swarm.  The card is in the typical Ben 10 blues and greens and has all the usual elements.  The only place where Alien Swarm is mentioned is on the back of the card. 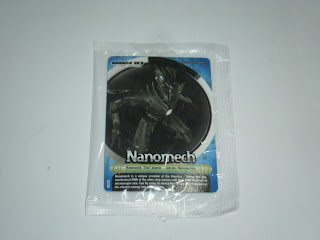 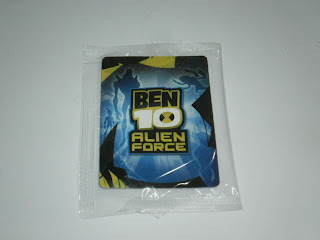 Open it up and on the back taped to the card is Nanomech's Alien Force card.  It's a bit weird becauses it uses the image from the Alien Swarm movie instead of the usual animated image. 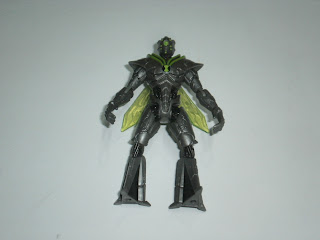 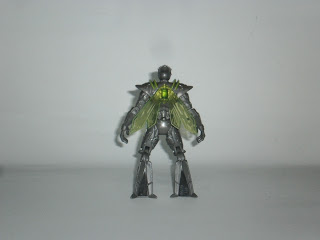 There's nothing else inside other than the figure an the card.  The figure has nine points of articulation - that's considered high for a Ben 10 figure.  The wings on the back are made of transparent neon green plastic, but they are not articulated.  Alas. 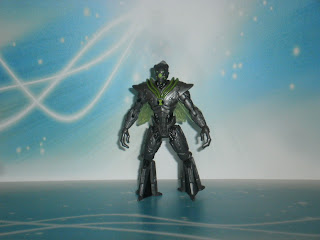 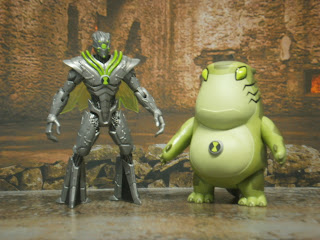 Nanomech isn't much in scale.  He's supposed to be about the size of Upchuck's eyes, but the toy actually is taller than Upchuck.  Oh well. 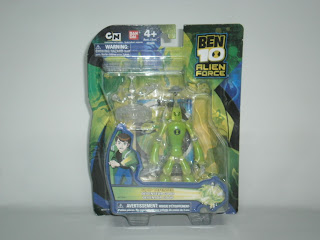 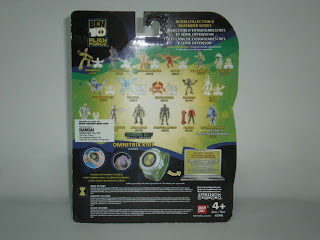 Goop also comes on the same card as Nanomech, and the only difference is his title card. 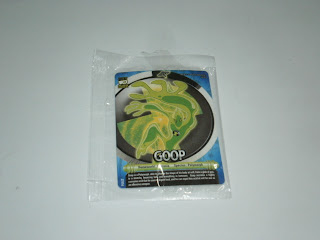 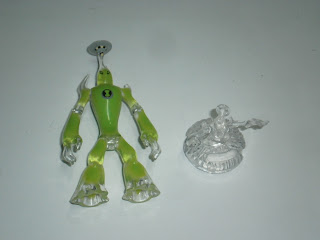 There's the Alien Force trading card, the Omnitrix plugin and the figure itself.  The trading card does use the animated image, which is nice. 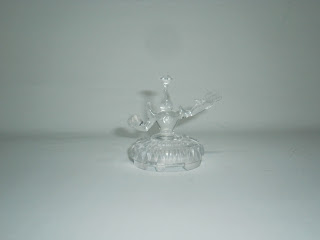 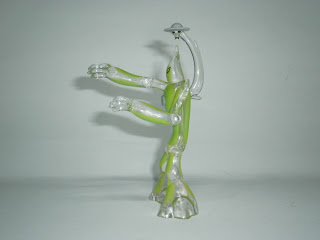 The omnitrix plugin seems a bit odd... I'd have prefered a miniature figure of goop standing on the watch surface instead of this truncated figure rising out from the watch face. 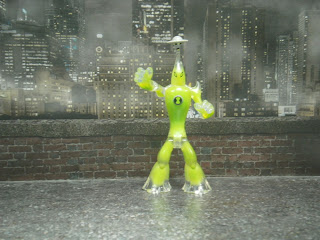 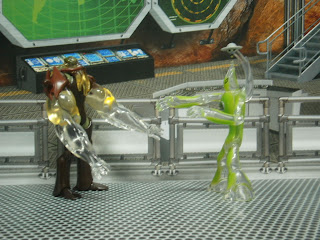 The figure itself is nice, but has a limited seven points of articulation.  He's made from clear plastic and is painted on the front and the back.  Actually painted may be the wrong term for it as it seems that he was mounded around coloured plastic of some sort.  The resulting effect makes him a lot more liquid looking that would otherwise be the case if he was painted.  The UFO is removable from his back, but unlike the cartoon, Goop doesn't become a splotch when the UFO is removed. 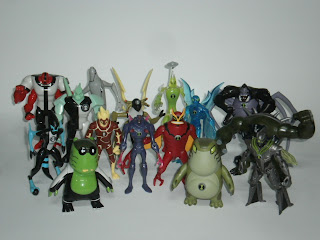 OK, I don't have an impressive army of Ben 10 alteregos, but I do have a smattering of everything from the original series, through Alien Force (and now Alien Swarm) to Ultimate Alien.  So I guess I'm a happy cherry-picker!
Posted by Novelty at 00:38