I did Dino Riders last week, and I just thought I'll do the Lego Dino theme this week.  I think there's enough Lego sets for me to do a whole week, but I only bought three of these sets, not because I can't afford the rest, but because I like the three that I saw. 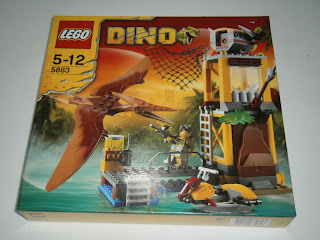 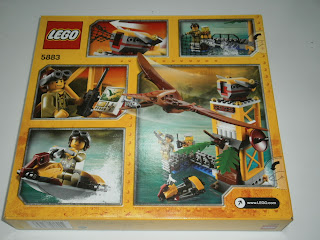 The main draw of this set is the huge pterodactyl.  Of course, the three story structure didn't hurt either.  The box shows off both nicely, and the back shows off the rest of the set, including an action feature! 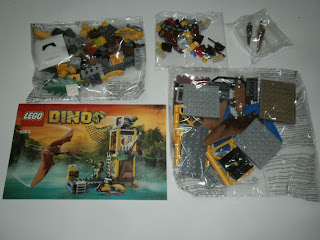 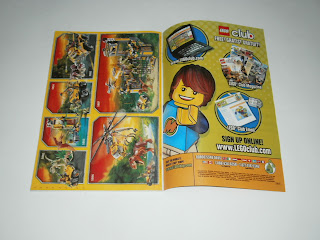 There's four baggies inside and an instruction book.  The baggies are not numbered. 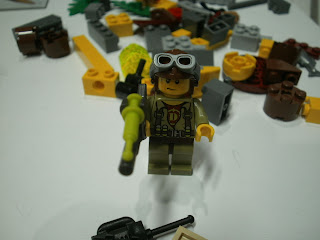 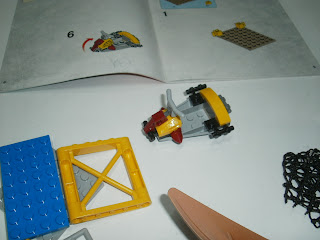 The figure is interesting.  I like the determined look on his face, but he's otherwise rather plain.  What's unique about him and the whole line is the new guy and the syringe, which clips on to the gun.  Now that's an interesting combination.  There's also a small jetski and despite it being basic and easy to build, it actually looks rather good. 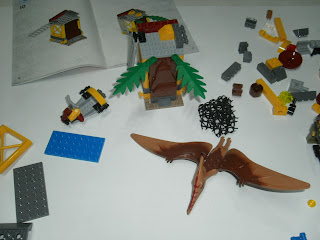 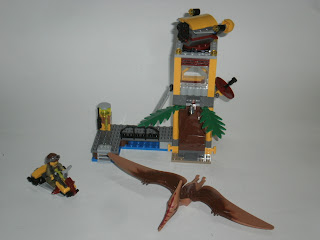 The build of the tower was also simple - it uses BURPs and scaffolding pieces to build it up.  The jetty is a separate build, but it clips on to the tower using technic pieces.  The overall set is interesting.  It has a great look, quite a bit of play thanks to the firing net, the jetski, and the control room in the tower.  Oh and the pterodactly is awesome.
Posted by Novelty at 22:18