I know most people are on to Series 7 and the new Team Great Britain Olympics Minifigs.  However, since I'm not really collecting these, but just getting them randomly, I'm still going through these rather slowly. 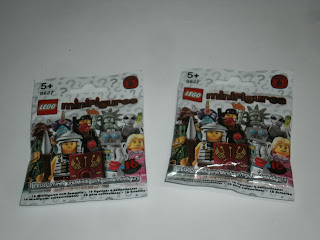 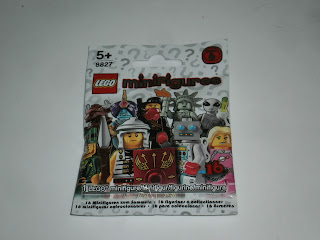 So, there's two packs to be opened from Series 6, and I guess I know more or less what's in them. 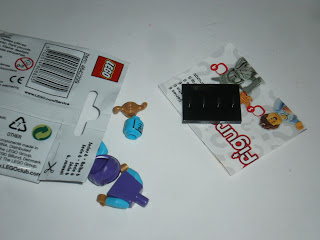 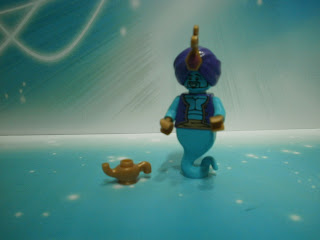 I was at Toys R Us the other day and I needed and extra couple of dollars to get a $10 voucher.  So I decided to pick up the Genie.  He's not that difficult to find - the turban and the tail gives him away, although I was a bit surprised at how small the tail is.  He's a nice figure - I like the tail, and I think that it would be great for other 'ghostly' figures. 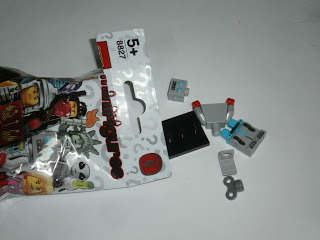 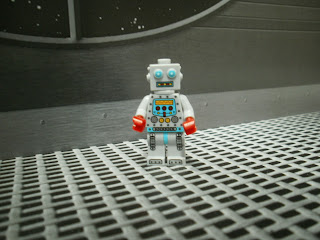 This figure comes with a story.  I posted on Facebook that I was at this toystore and would anyone want me to pick up Lego from there.  This lady, Liza, whom I've never met requested for a Friends set, so I got that for her.  When I gave her the Friends set, she rewarded me with this Robot, which is so sweet of her.  Thanks again Liza, if you're reading this.  It's a cute little robot, with the clockwork wind-up in the back.  Whee! 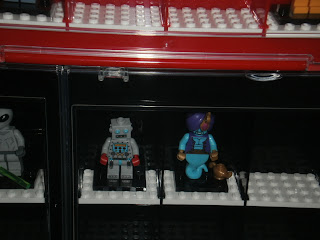 Another two more figueres in the display case!
Posted by Novelty at 23:00