It's the final day of the Dino-Riders week.  Well, it's just a working week's worth of toys.  I only have 5.  This is another mammal from the Ice Age subline. 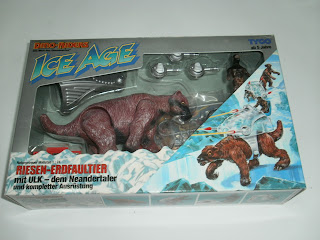 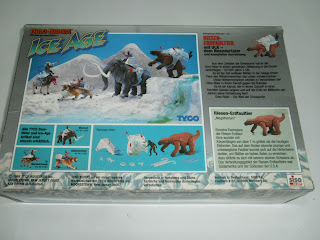 The box is similar to the 'cat from yesterday, but this one is modified with different images for the sloth. 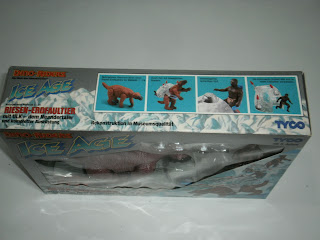 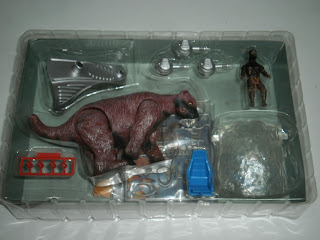 It has adverts all over the place, which is good use of "dead space". 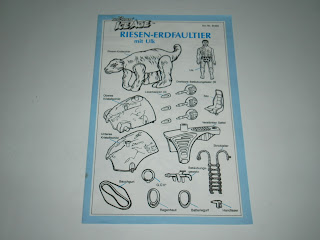 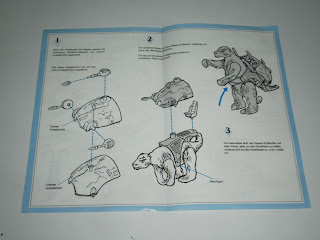 The instructions actually fold out, which was a suprise to me.  The comic-book is the same dinosaurs one like the other two. 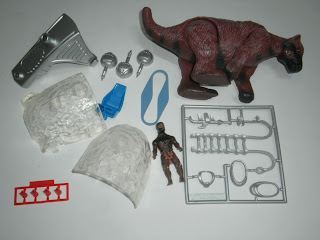 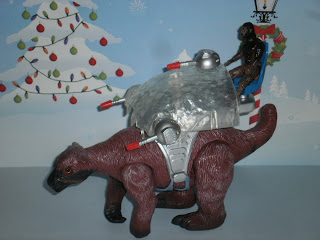 There's quite a lot in the box, including the obiquitious accessory pack, again in silver.  Assembly wasn't as straight forward as it seems - it took me a while to figure out which goes where.  One of the laser caps from he standard pack of four isn't used here.  The figure seems to be an uglier version of the dude from yesterday.  The sculpt is good, with the exception of the hip joints which suffers fromthe same issue.  The colours are boring, and the addition of a loincloth in brown and beige couldn't save the look of the figure. 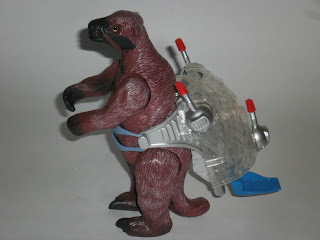 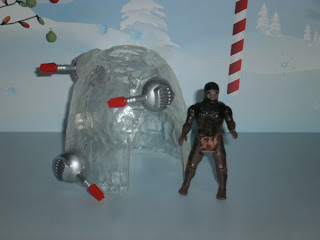 The sloth is sculpted with fur all over, and thanks to the wash, it does show up.  It has five points of articulation including one at the neck, and this is important because the articulation allows it to stand up like a bear.  It's huge and big and nice.

But that's not all.  The thing on its back transforms into an igloo structure with lasers.  Yes, this has quite a lot of playability to it. 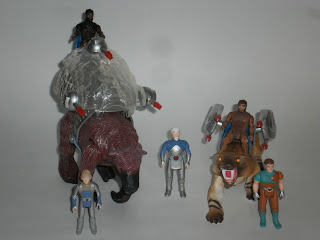 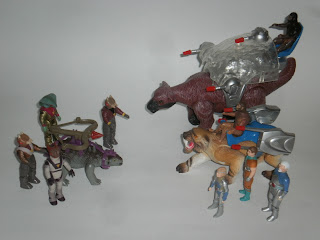 It's huge, despite the box being the same size as the 'cat from yesterday, and he does fit in with the rest of the guys.  I'm not sure if I'd have gotten into this line back in the day, I still have no affinity for it now, but I must say it does look good.
Posted by Novelty at 21:48