I know it's more than a week through March, but hey, I'm not doing one toy a day anymore, so Yay!  March is the mechanical month here on Toy a Day, and there's usually some Transformers in it.  Today, it's the smallest Starscream (Legends class) from the Reveal the Shield subline. 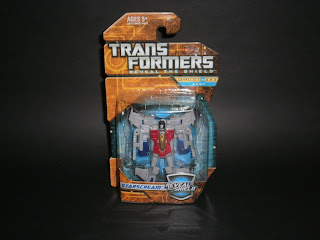 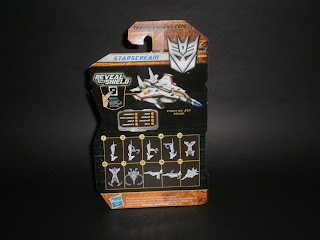 There's nothing special about the card.  It's more or less similar to Megatron's.  It looks good on the front, but doesn't have much graphics.  The back is way too simple with a 10-step transformation sequence/instructions. 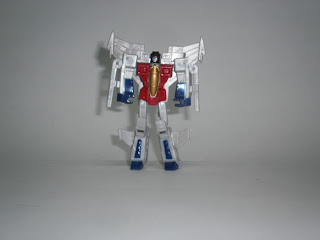 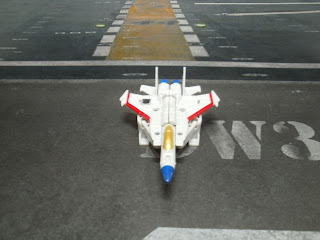 The figure looks good, and that shouldn't come as a surprise as these figures are really well design.  The transformation isn't too complicated and the jet mode is still reminiscent of G1 Starscream.  I do like how the guns transforms into part of the jet behind the cockpit! 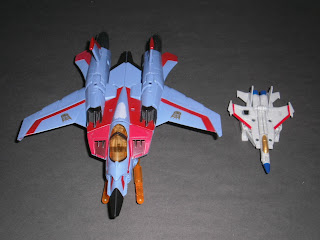 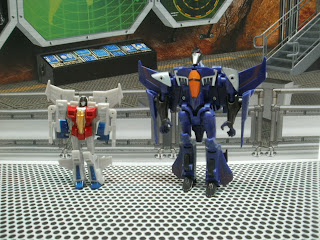 This Starscream is small even when compared with the smallest of the Animated figures.  In this case though, size doesn't matter, because he does pack a punch.
Posted by Novelty at 23:40