When I first previewed this figure on Facebook, there was some exclaimation of surprise at its cost.  I actually got it at a sale with a 50% tag and an additional 20% on top of that I think, so it wasn't that pricey.  I have no idea what's the worth of these commemoratives, but I know I had a good deal on this Blaster. 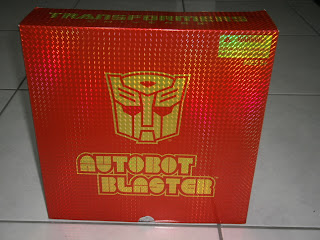 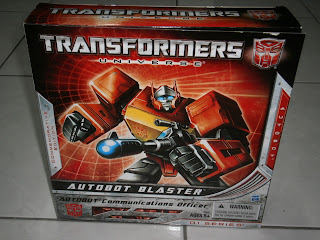 There's an outerbox made of some sort of foil of course, and it protects the inner box nicely.  The inner box has the TFU logo, and they prefixed Autobot to his name so that they could trademark it or something. 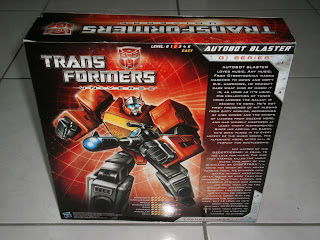 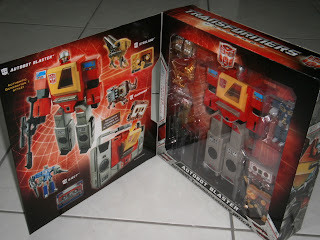 The front of the box has a nice picture of Blaster, which is repeated on the back.  I think this is the same image that was used on Blaster's G1 box and on his tech spec.  Talking about Tech Spec, I don't see one for Blaster here though...  The front flap of the box lifts up to reveal the window.  It has some nice pictures of the toys there, but there's still no tech specs. 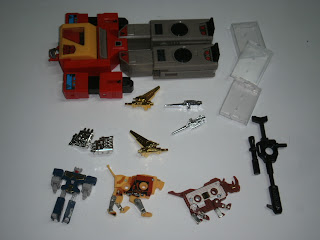 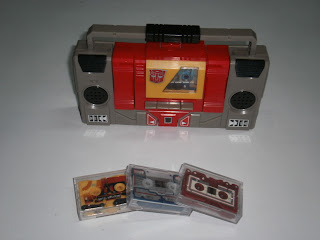 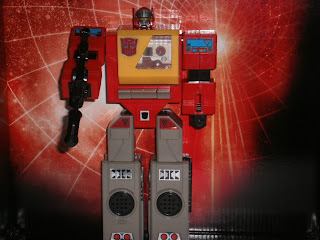 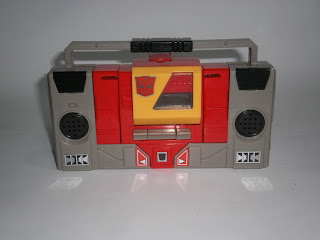 Blaster in robot form stands almost a foot tall.  The robot is clunky, but that's to be expected as he's basically (mostly) the exact copy of his G1 form.  There are a few subtle differences, but I'm not a big enough TF fan to notice and also I never had a Blaster from G1 either.  The transformation is way too simple - to the point that I did it without the aid fo the instructions.  The boombox mode is nice, but it seems a huge relic of the 80s now. 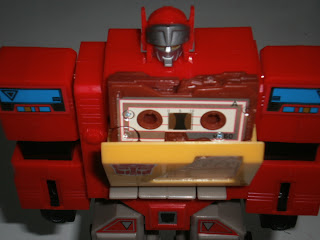 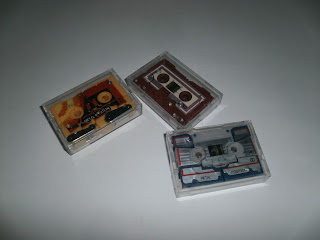 Blaster's chest still open up to accept mini-cassettes, and there are three included here, together with their plastic cases. 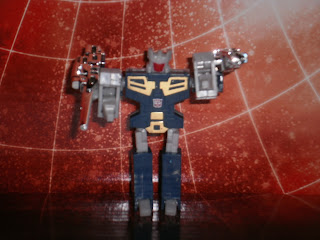 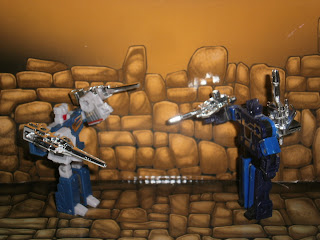 Eject is the humanoid form and comes with two vacmetal silver guns.  His arms are weird with the two reel holes on the forearm as kibble.  Because of the transformation, his articulation isn't perfect either, but he is mostly (if not exactly) the same as his G1 counterpart.  The transformation to mini-cassette mode is easy, but the head has a tendency to pop out. 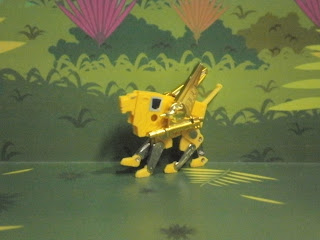 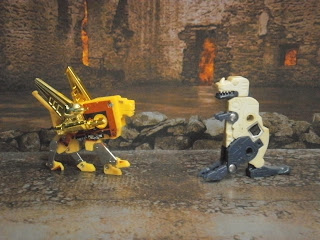 Steeljaw is the Lion mini-cassette and he comes with two vacmetal gold wing-guns.  His legs are die-cast metal which was a surprise to me.  The transformation is even simpler than Eject's but his mini-cassette mode has a few holes where the feet join the body. 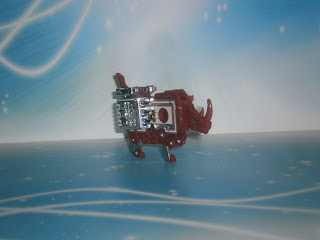 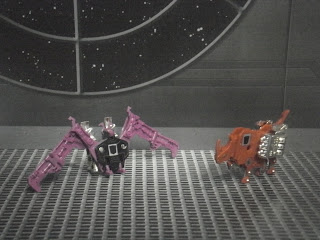 Ramhorn is the final mini-cassette and has two missile launchers.  He also has die-cast feet.  His transformation is similar to Steeljaw, and his mini-cassette form looks no better either.

All four characters come with the heat-sensitive logo, the rubsign, that when rubbed reveals the autobot logo.  That's just the way it is in G1 as well, just as I remember it. 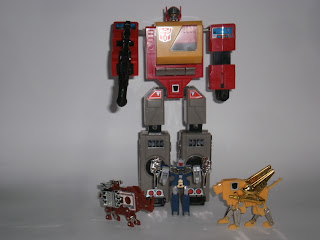 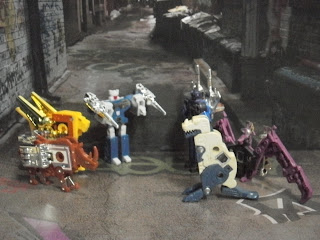 Overall, I like the set.  It's not just Blaster but it does have three of the mini-cassettes (the fourth first wave G1 mini-cassette is just a differenlty coloured Eject named Rewind).  After opening this and palying around with it I wished I had a G1 Soundwave too... but alas!  These guys are going up to join the rest of the Decepticon mini-cassettes in my G1 TF display.
Posted by Novelty at 18:54