The battle of New York may be epic, having ramifications across the Marvel Cinematic Universe - and the boring subject of the last Iron Man movie and 'Tahiti'.  Lego decided to just reproduce the Quinjet battling Loki and the Chitauri sans the motherships... which seems a bit of a cop out. 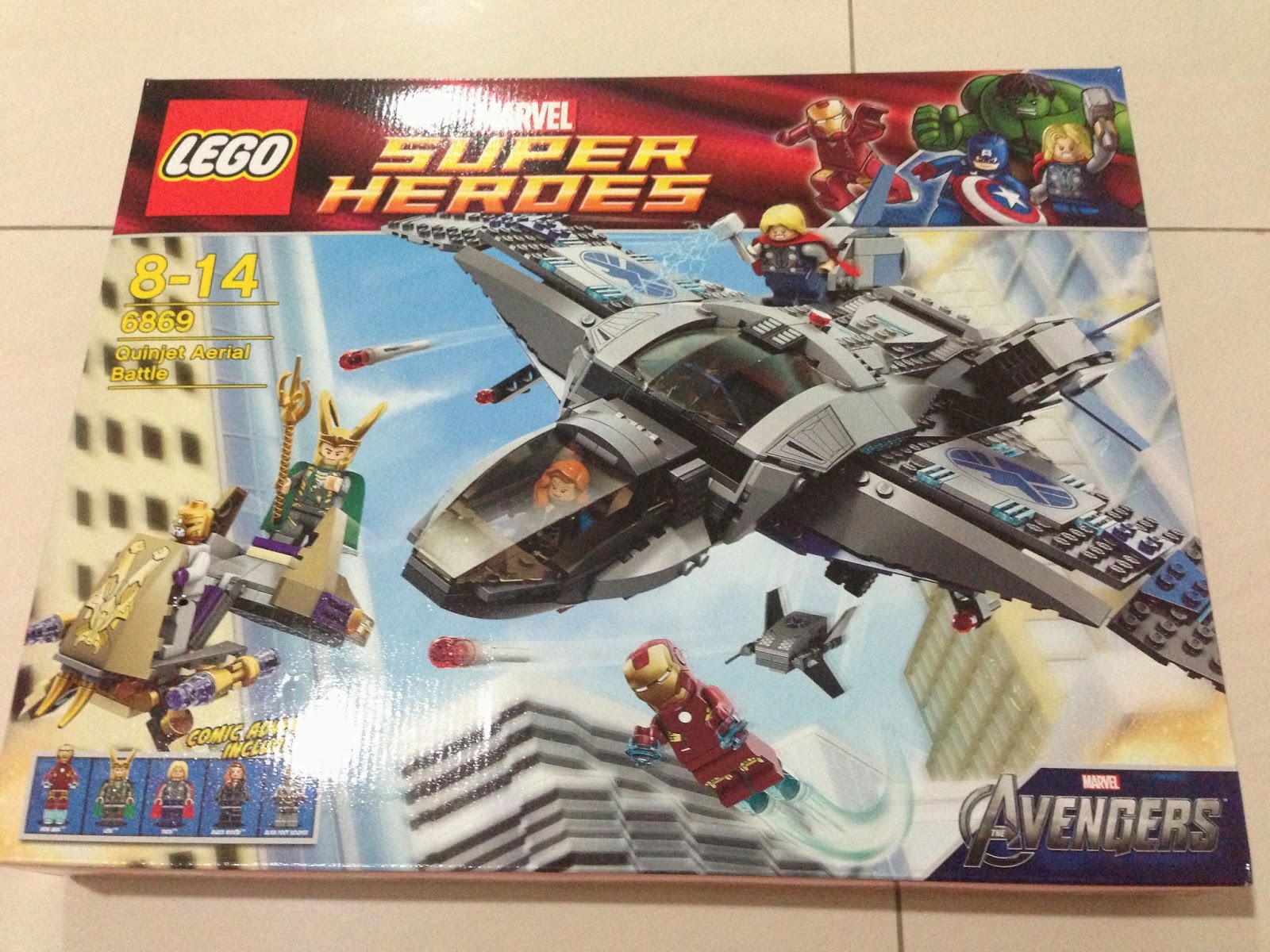 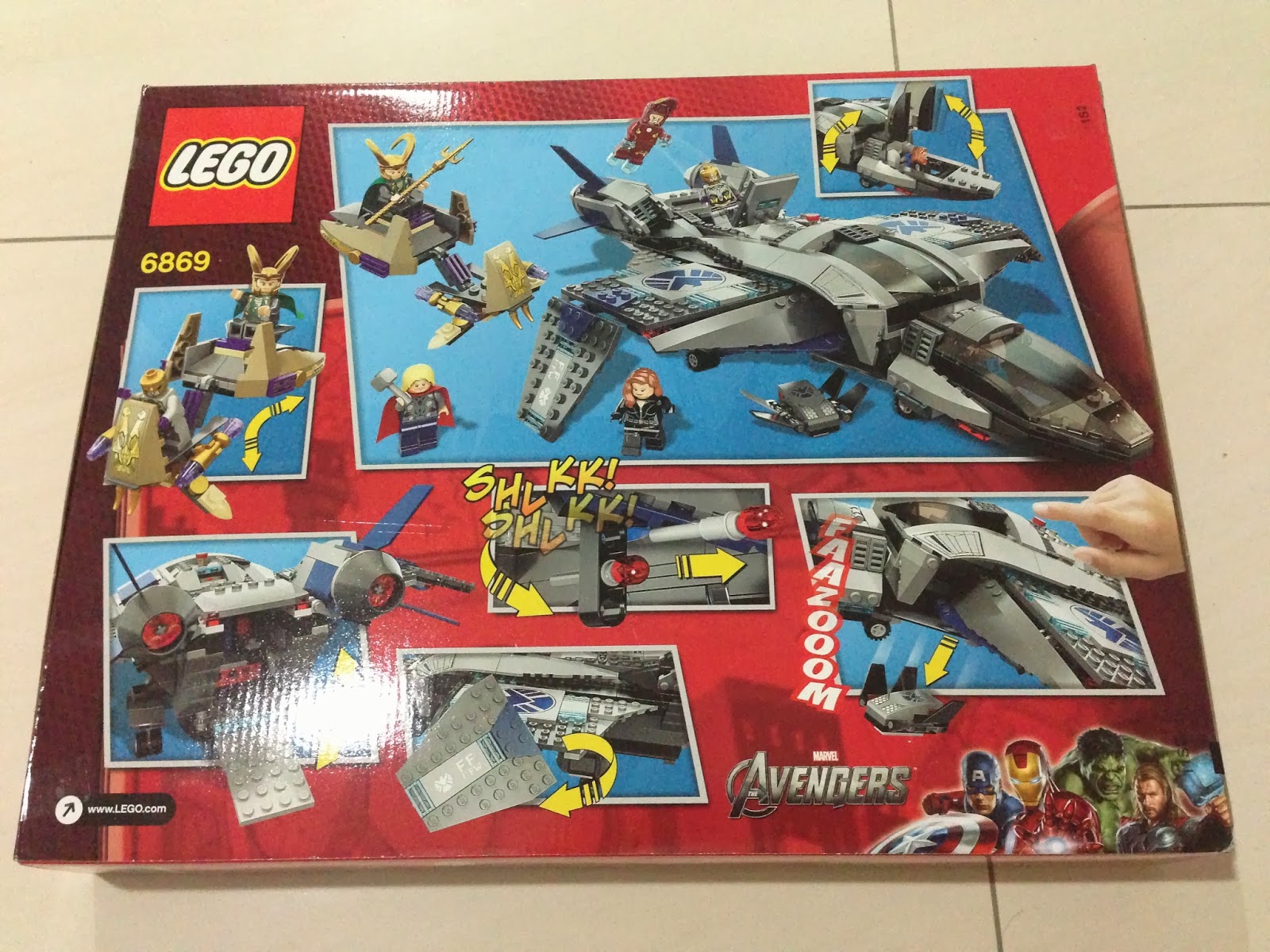 The box seems interesting - the front does show off the contents to the fullest with every figure clearly visible in action.  The back showcases the features of the items in the set - nothing special there though, just the usual firing missiles and opening cockpits, etc. 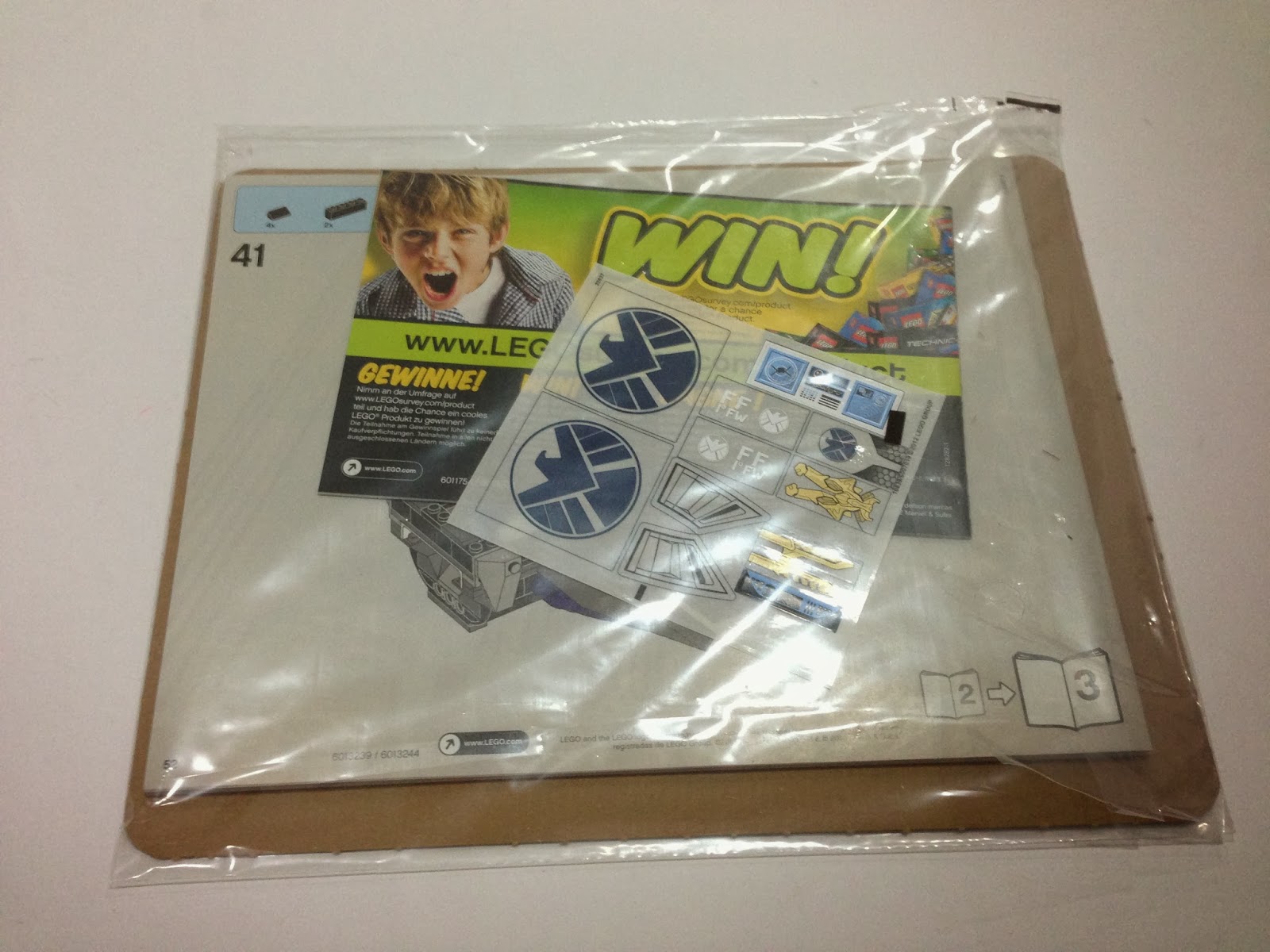 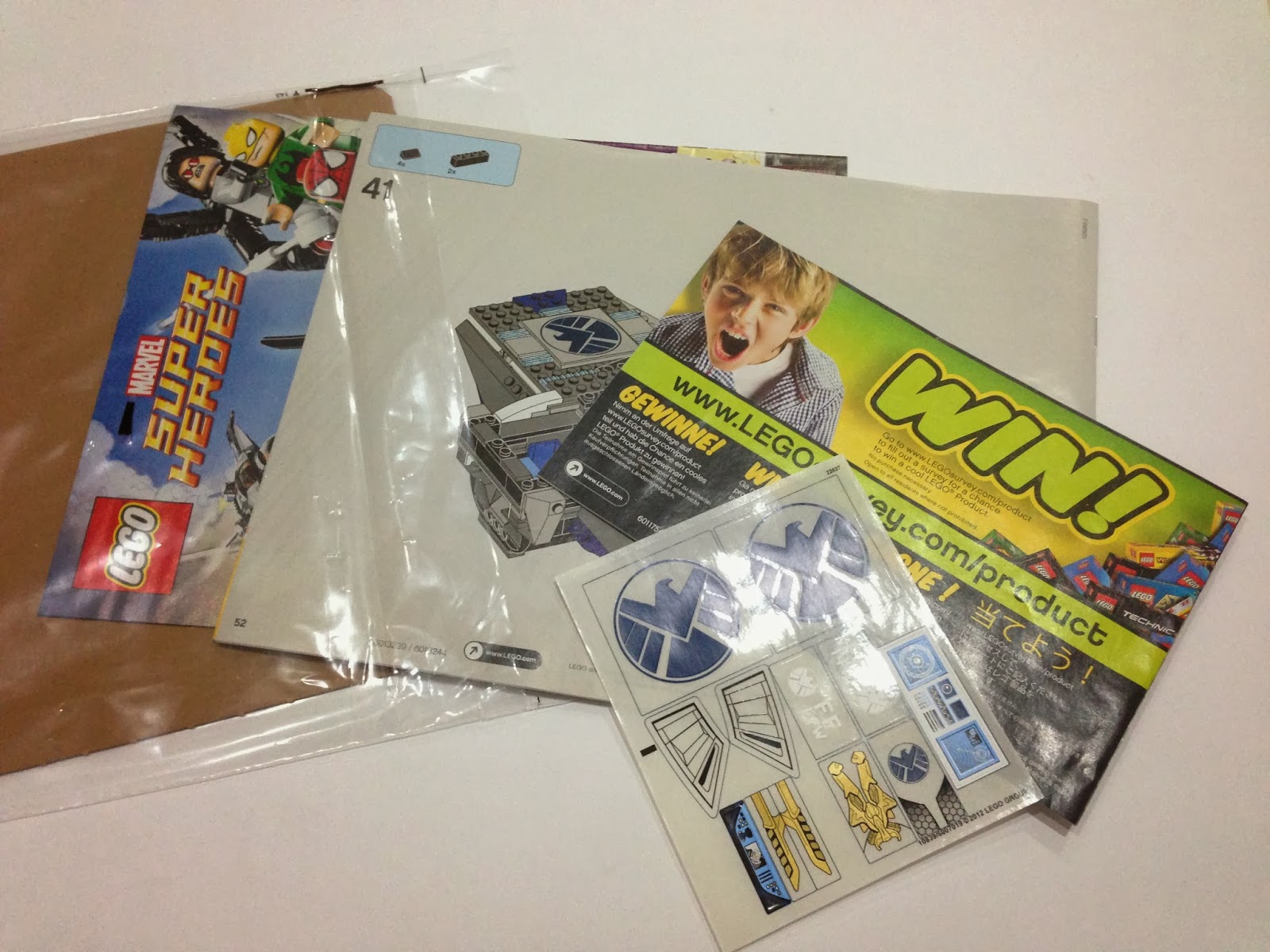 The pack of printables contains three instruction booklets and the decal sheet. 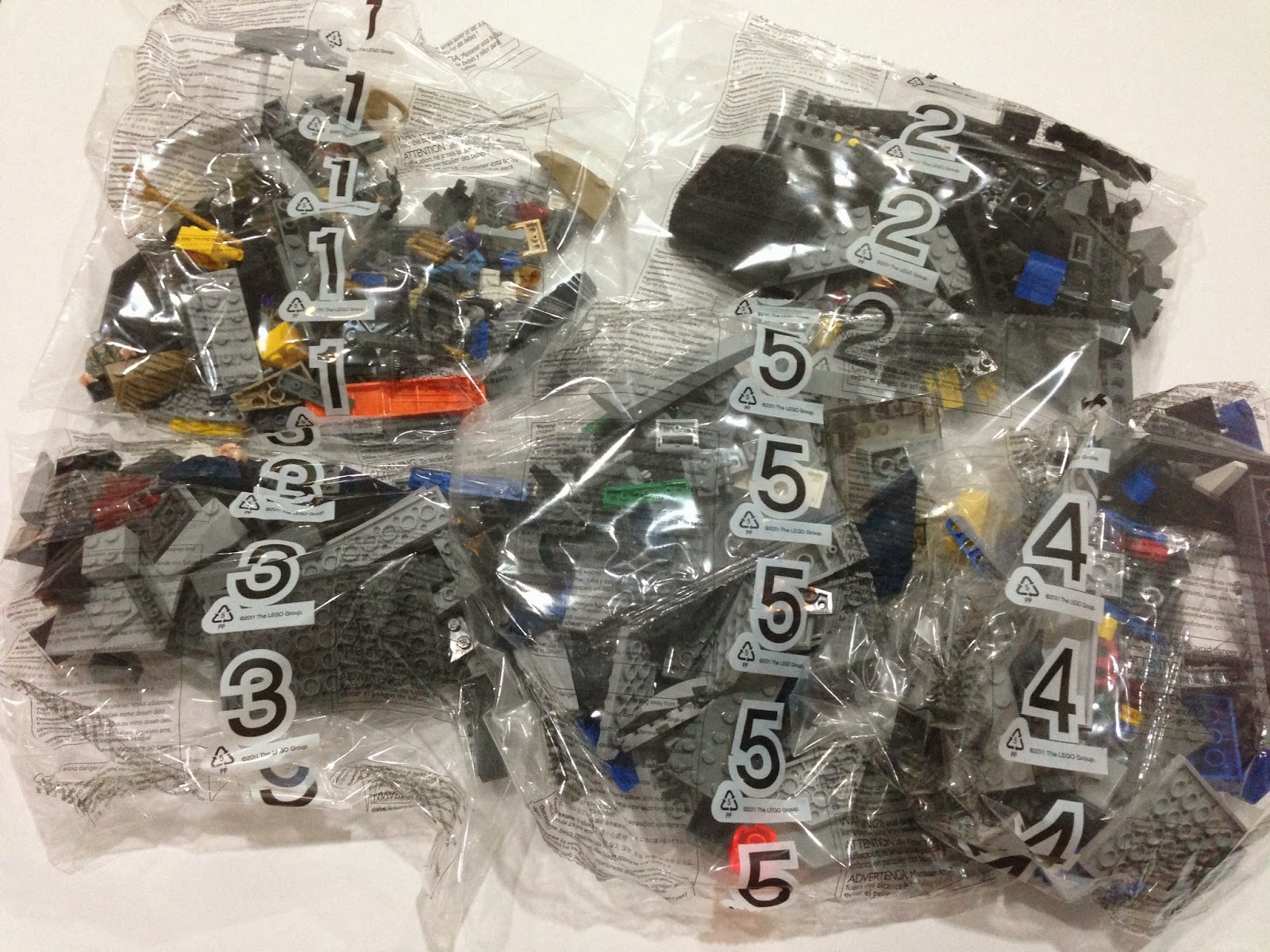 And there are five baggies in the set. 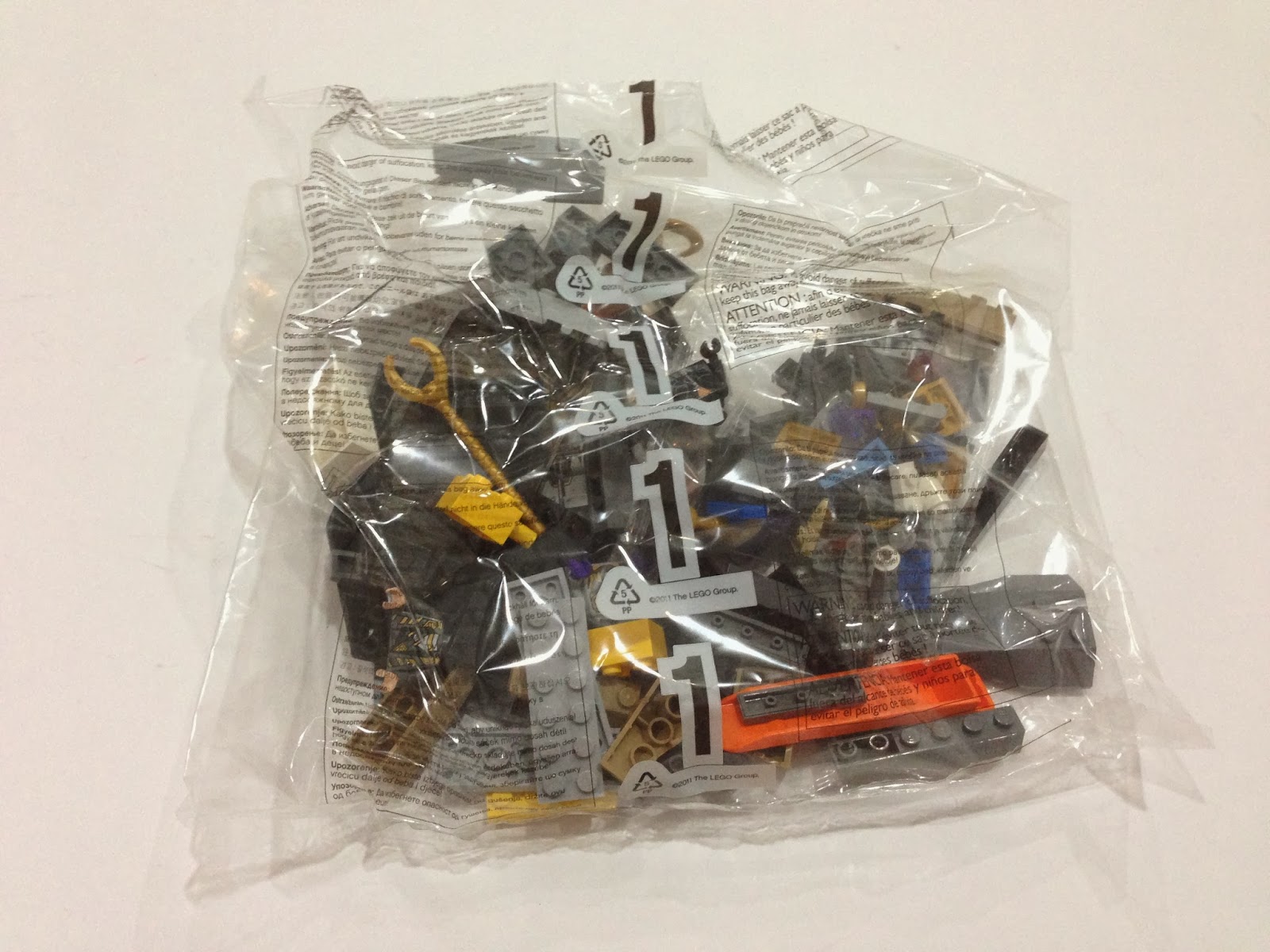 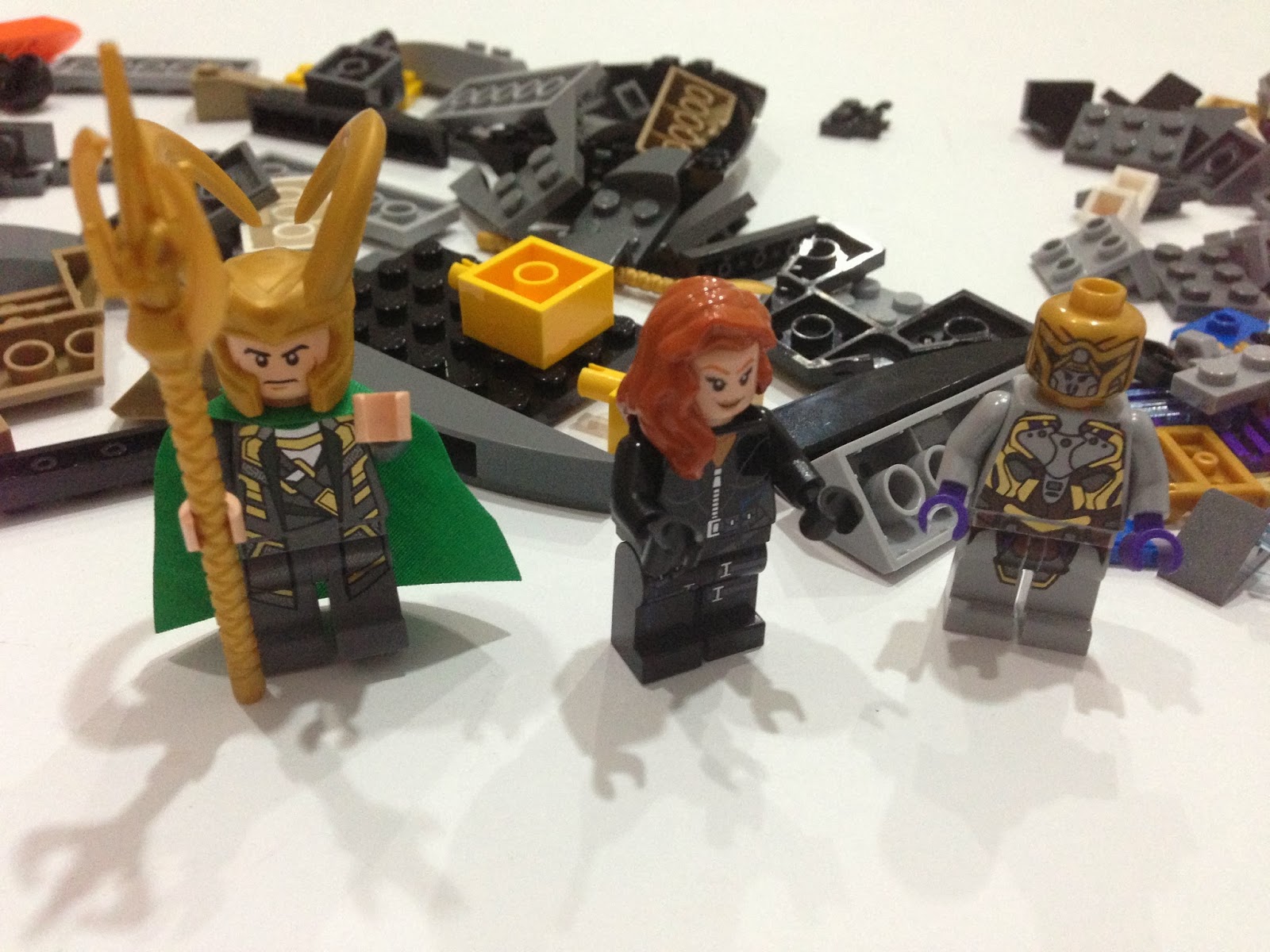 Baggie #1 builds Loki and a Chitauri and Black Widow.  This is the only set with Black Widow, which makes her the rarest of the Lego Avengers superheroes. 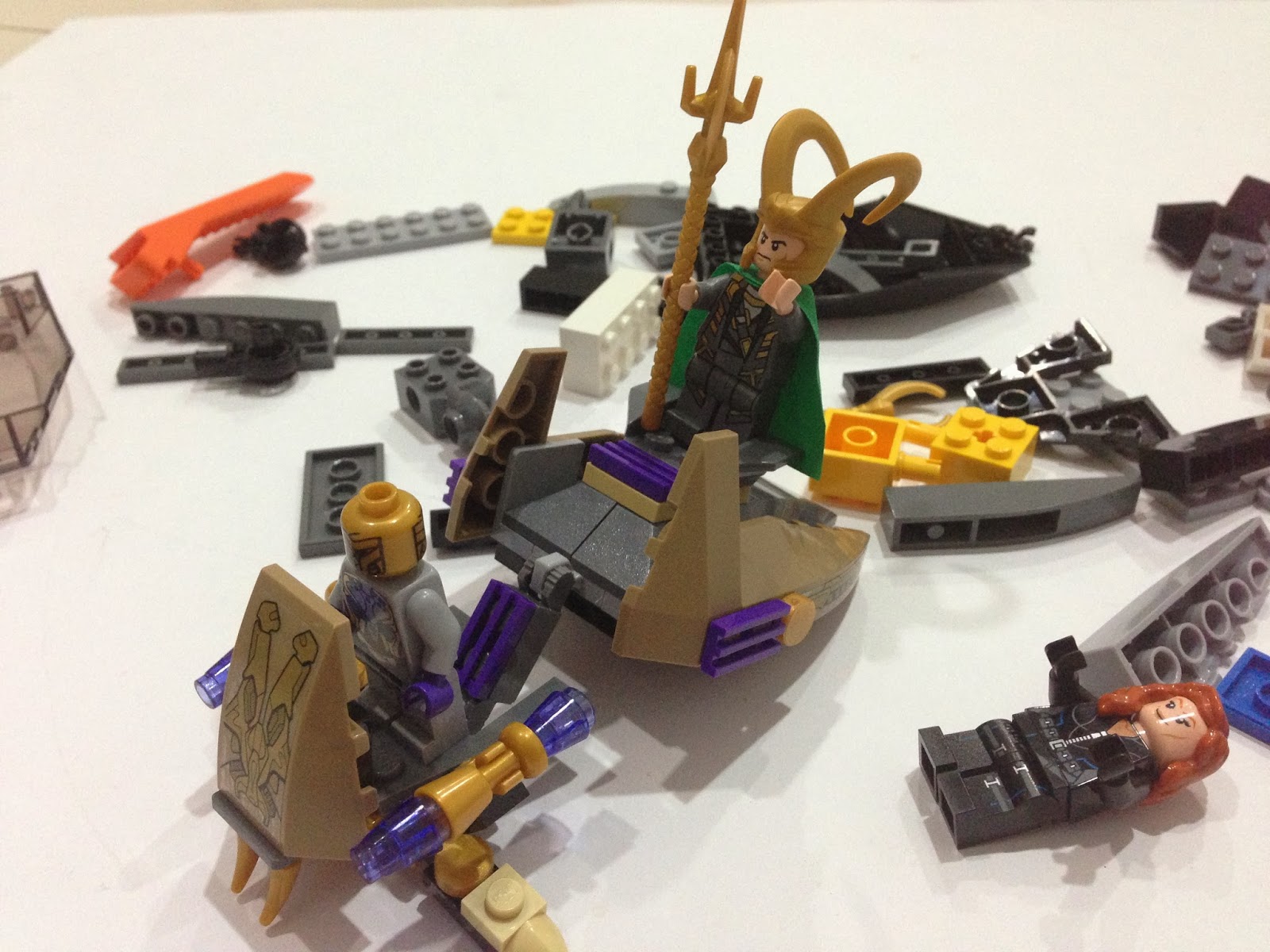 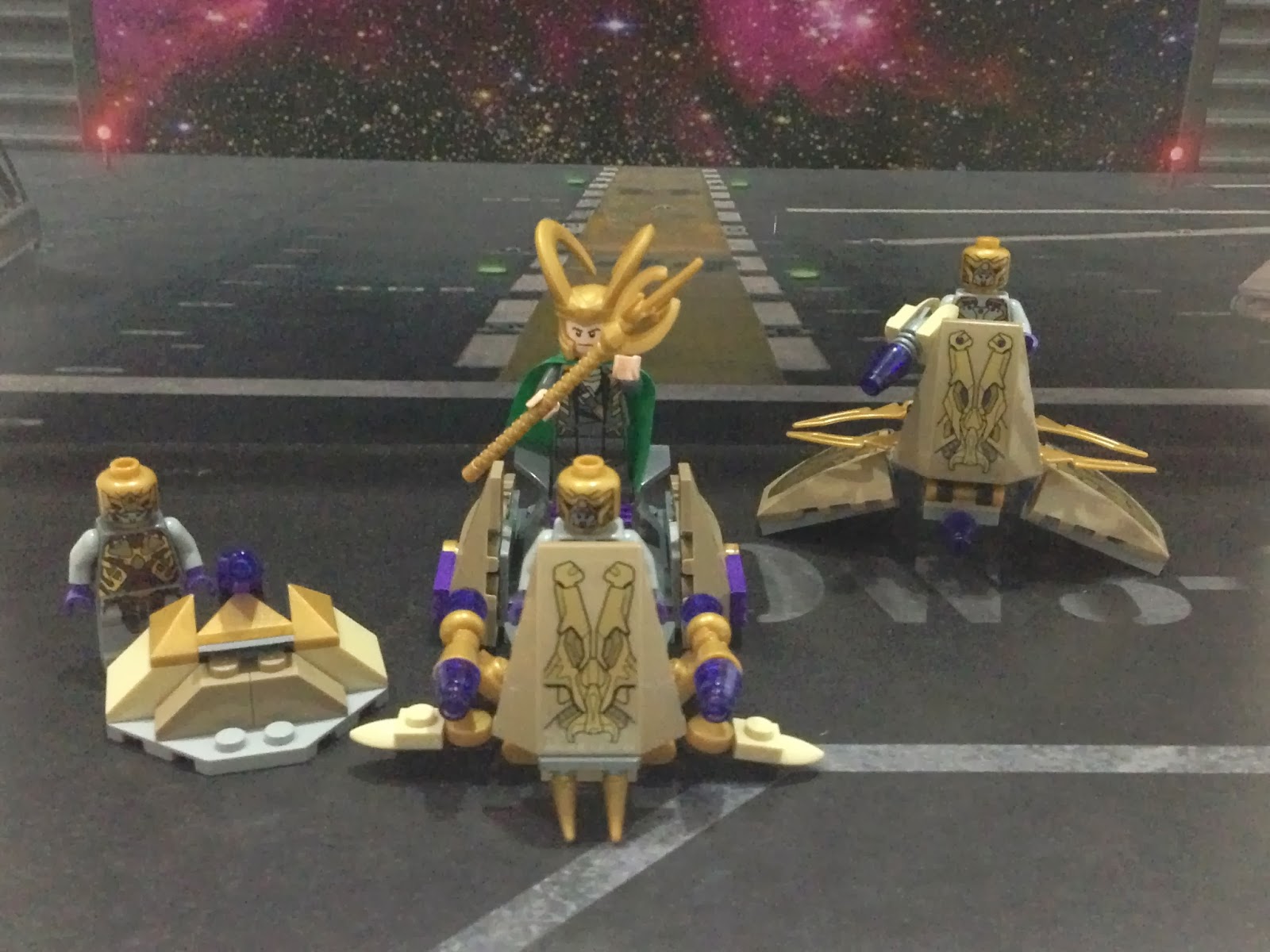 The Chitauri sled that Loki rides is interesting, and it does fit in with the other Chitauri tech from the Captain America set. 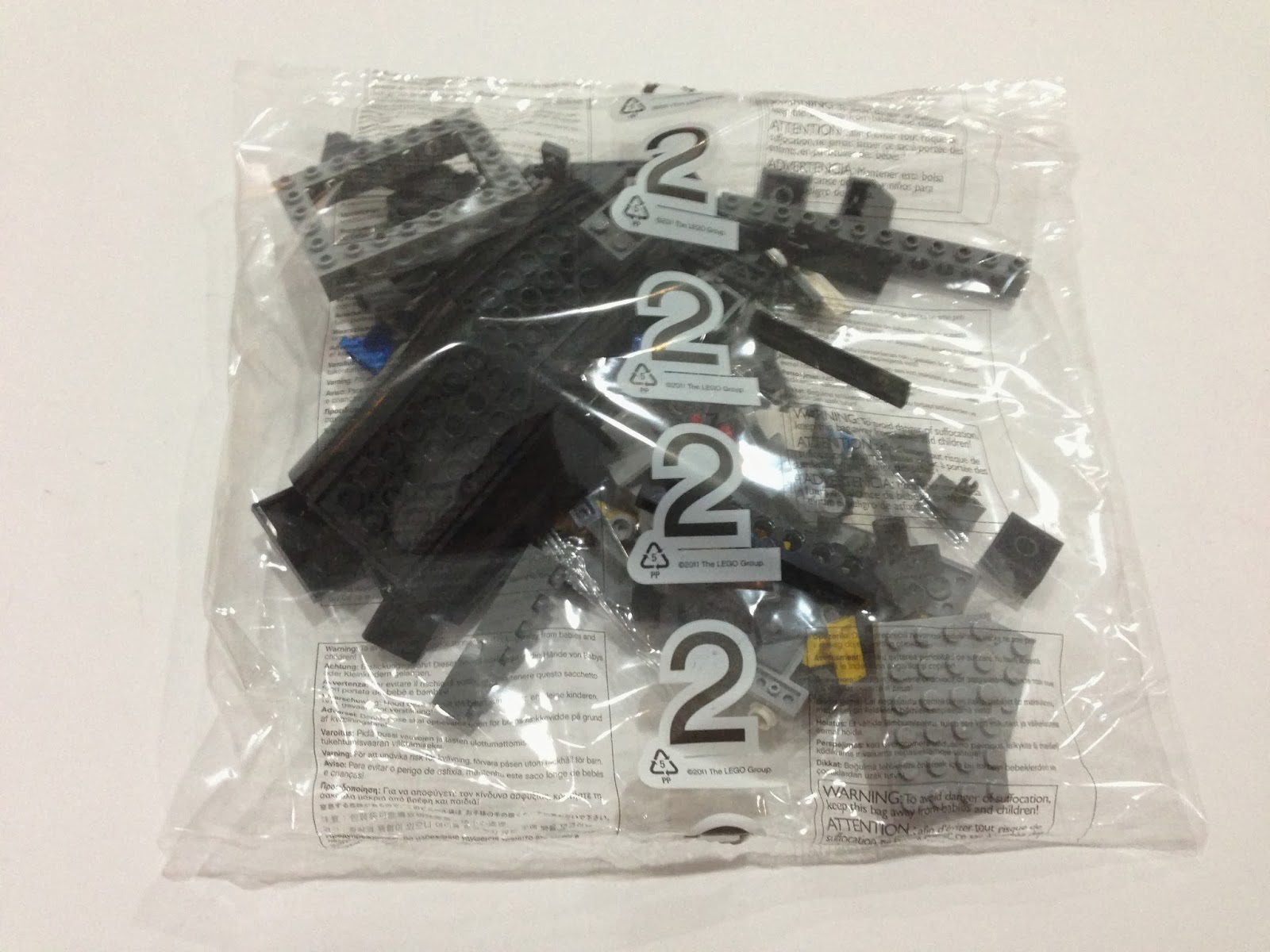 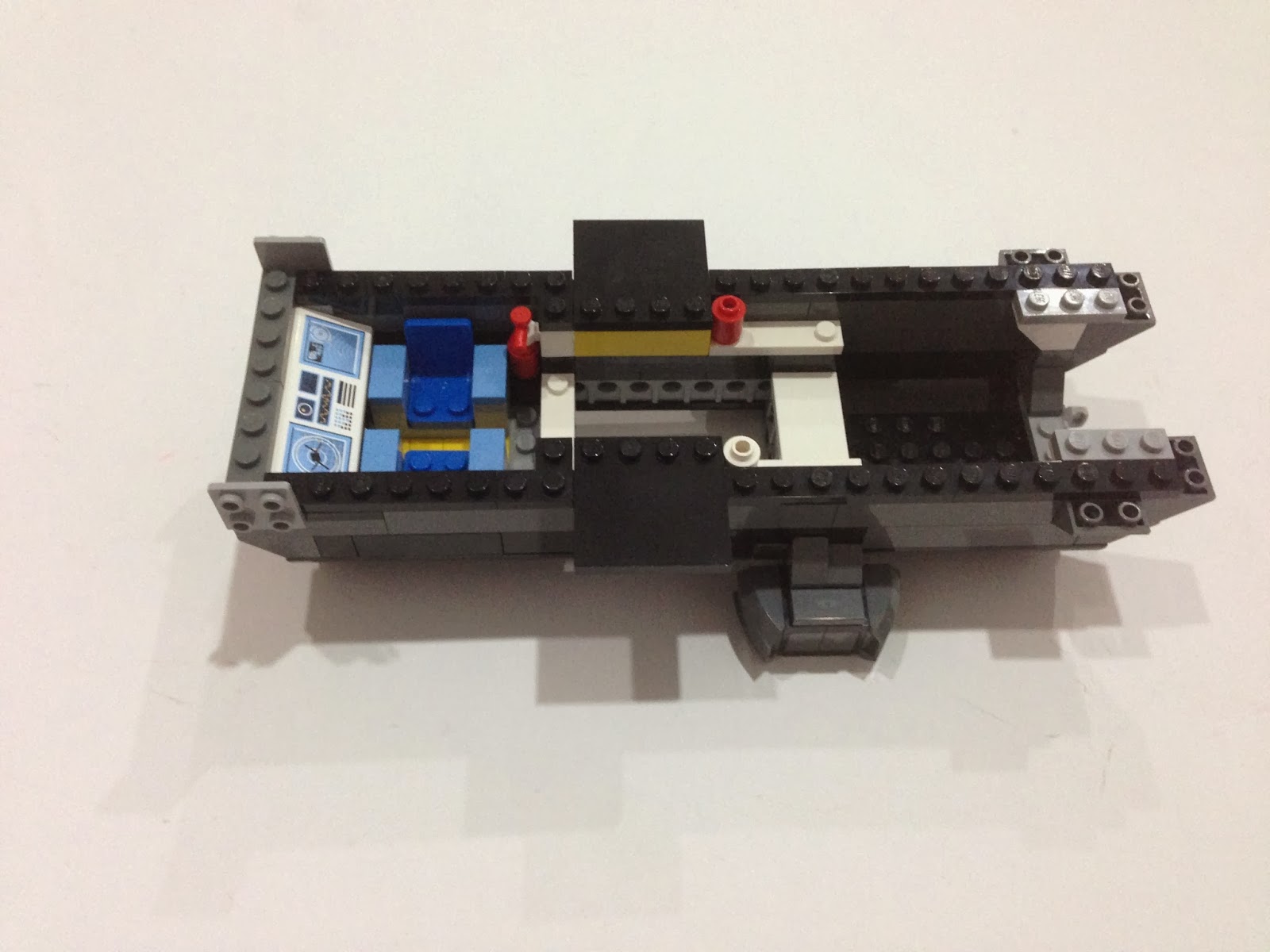 Baggie #2 builds the undercarriage of the Quinjet. 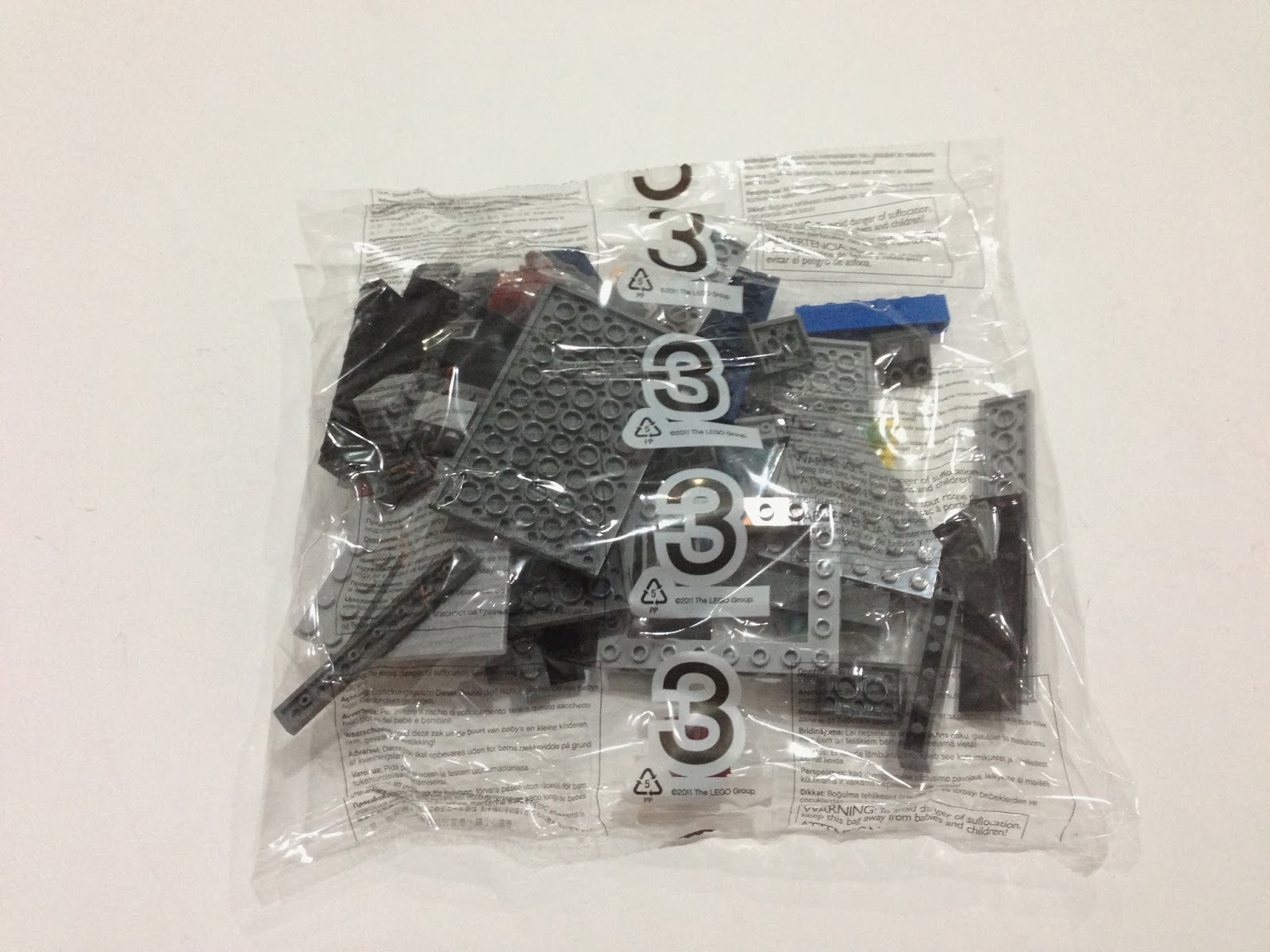 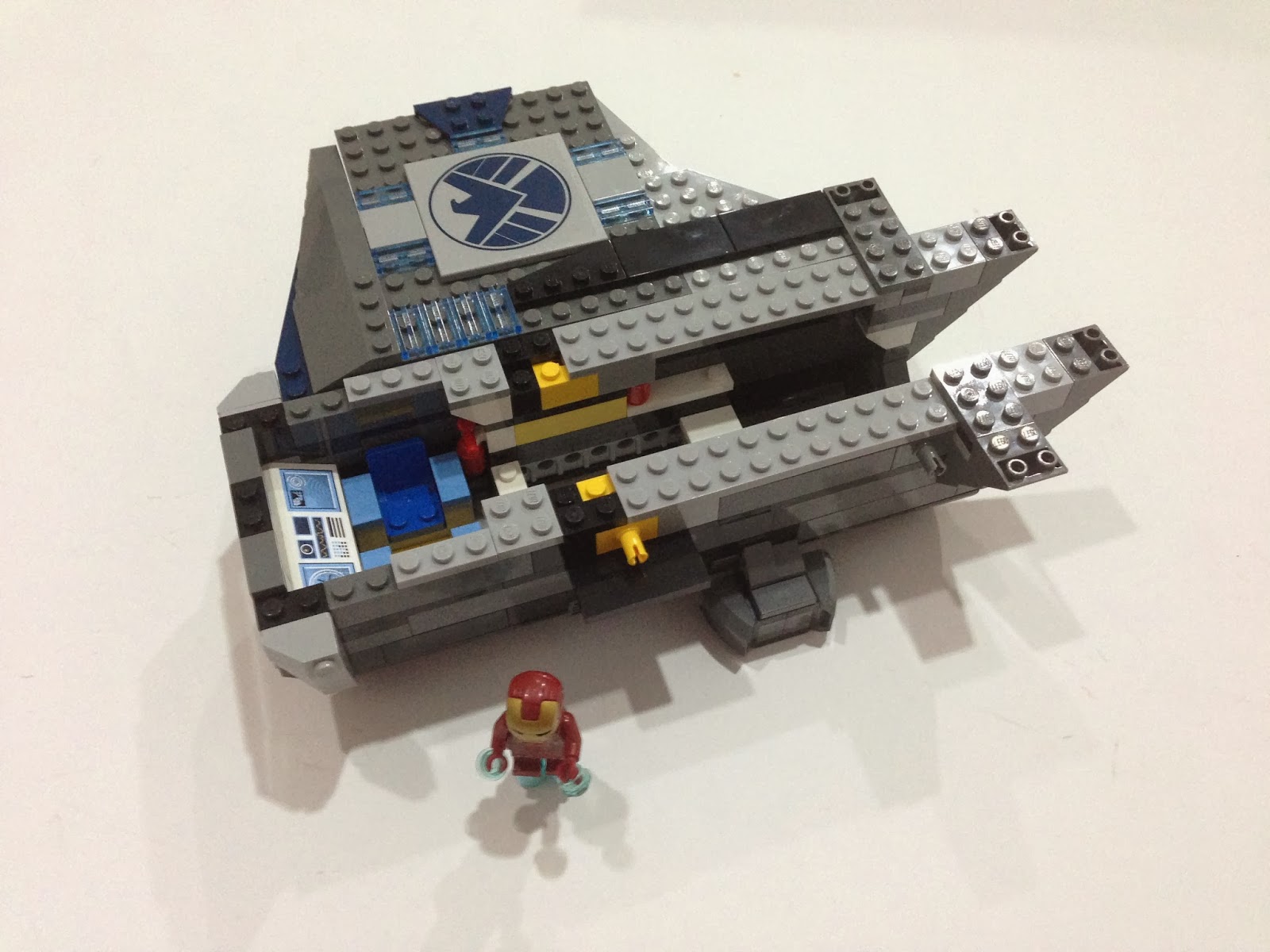 Baggie #3 builds Iron Man and a wing on the jet. 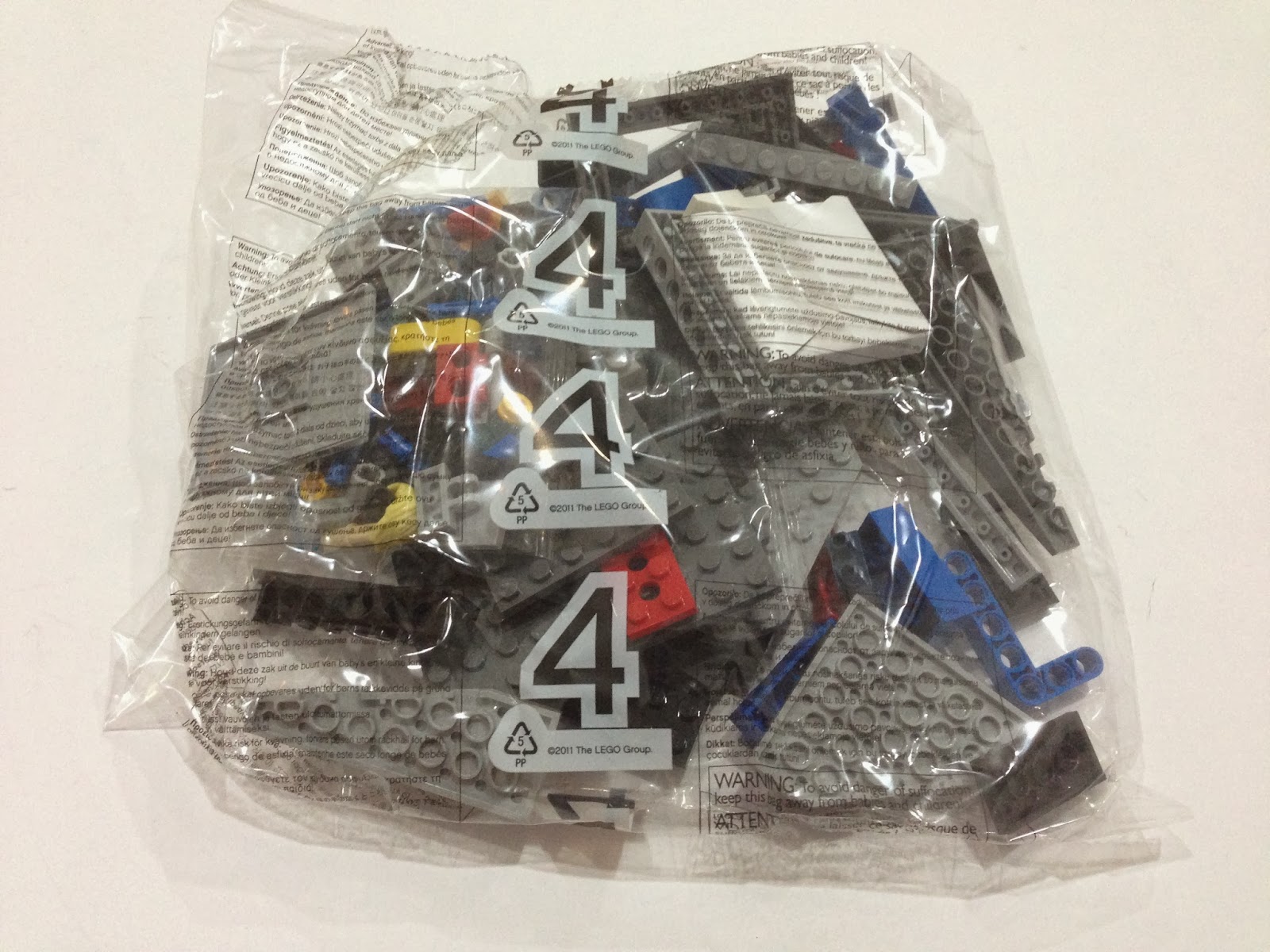 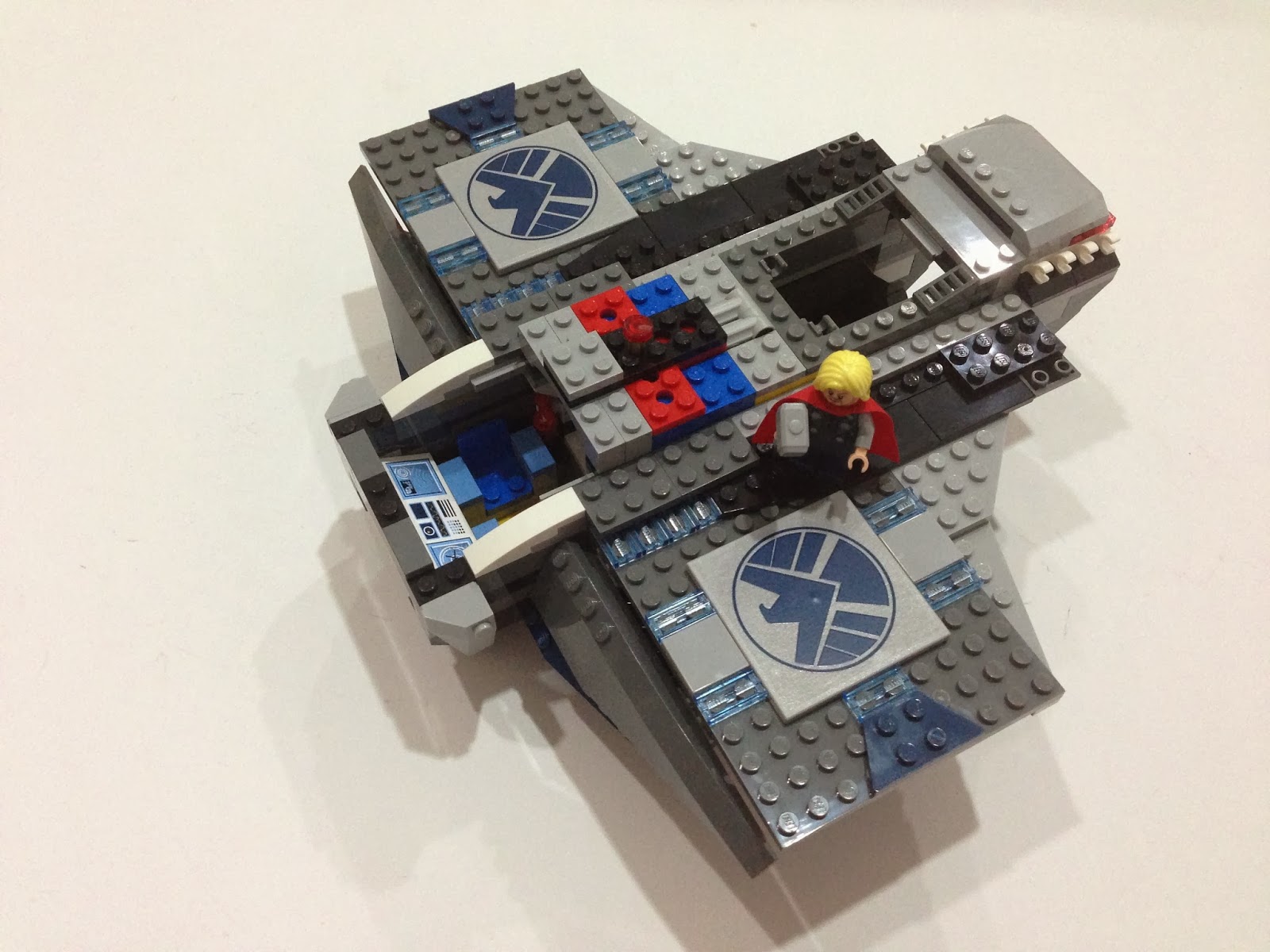 Baggie #4 builds Thor and the other wing. 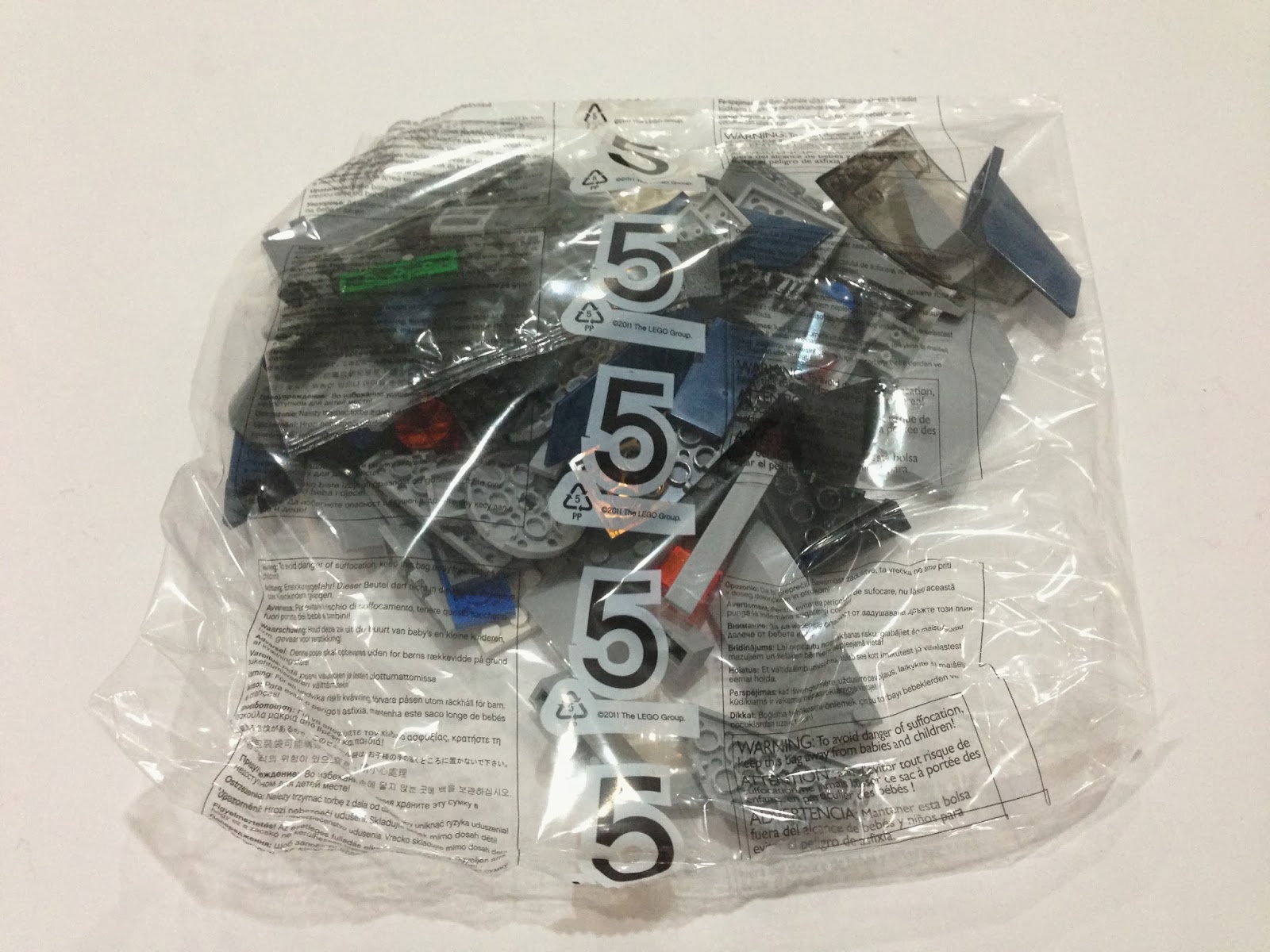 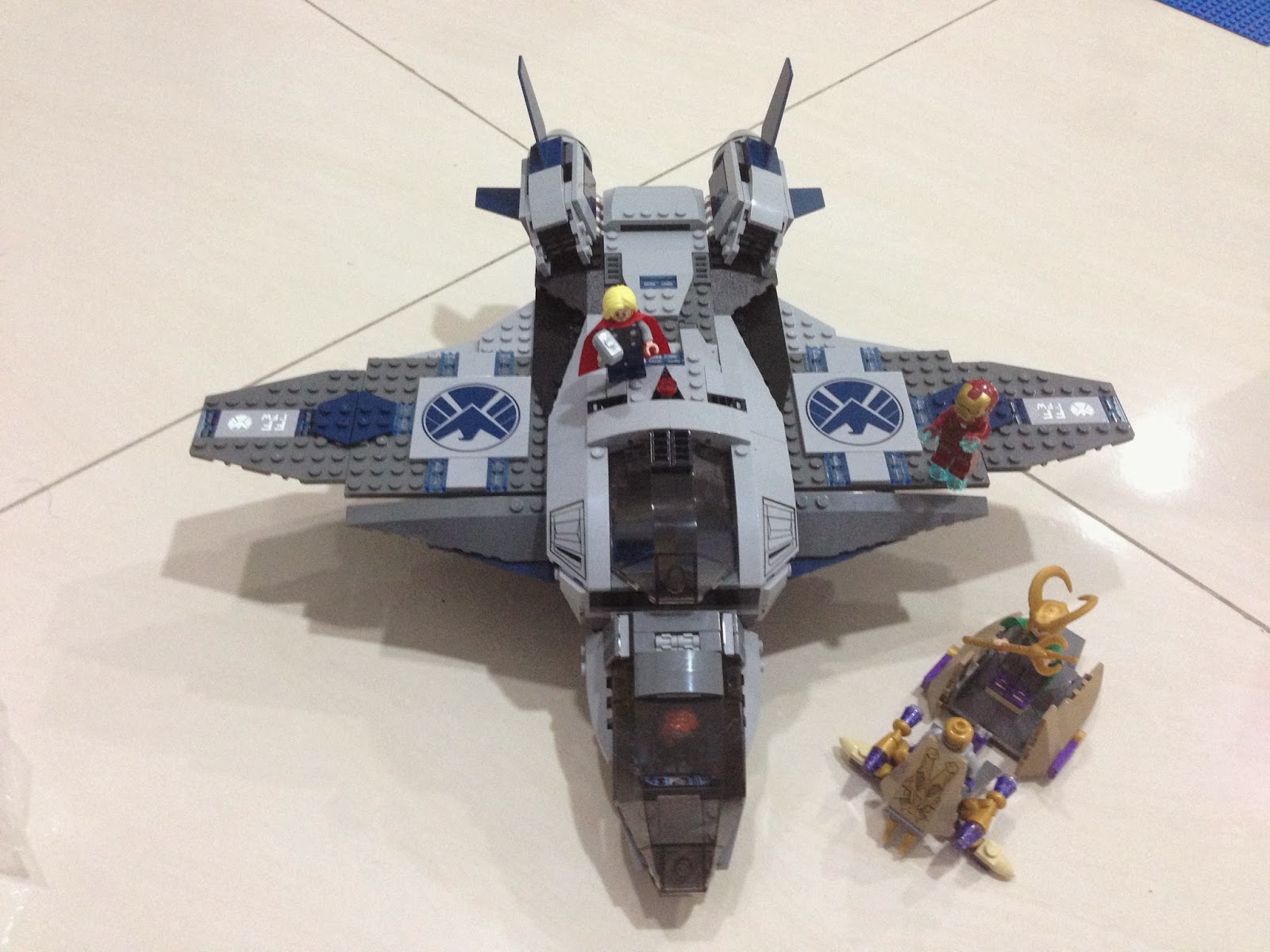 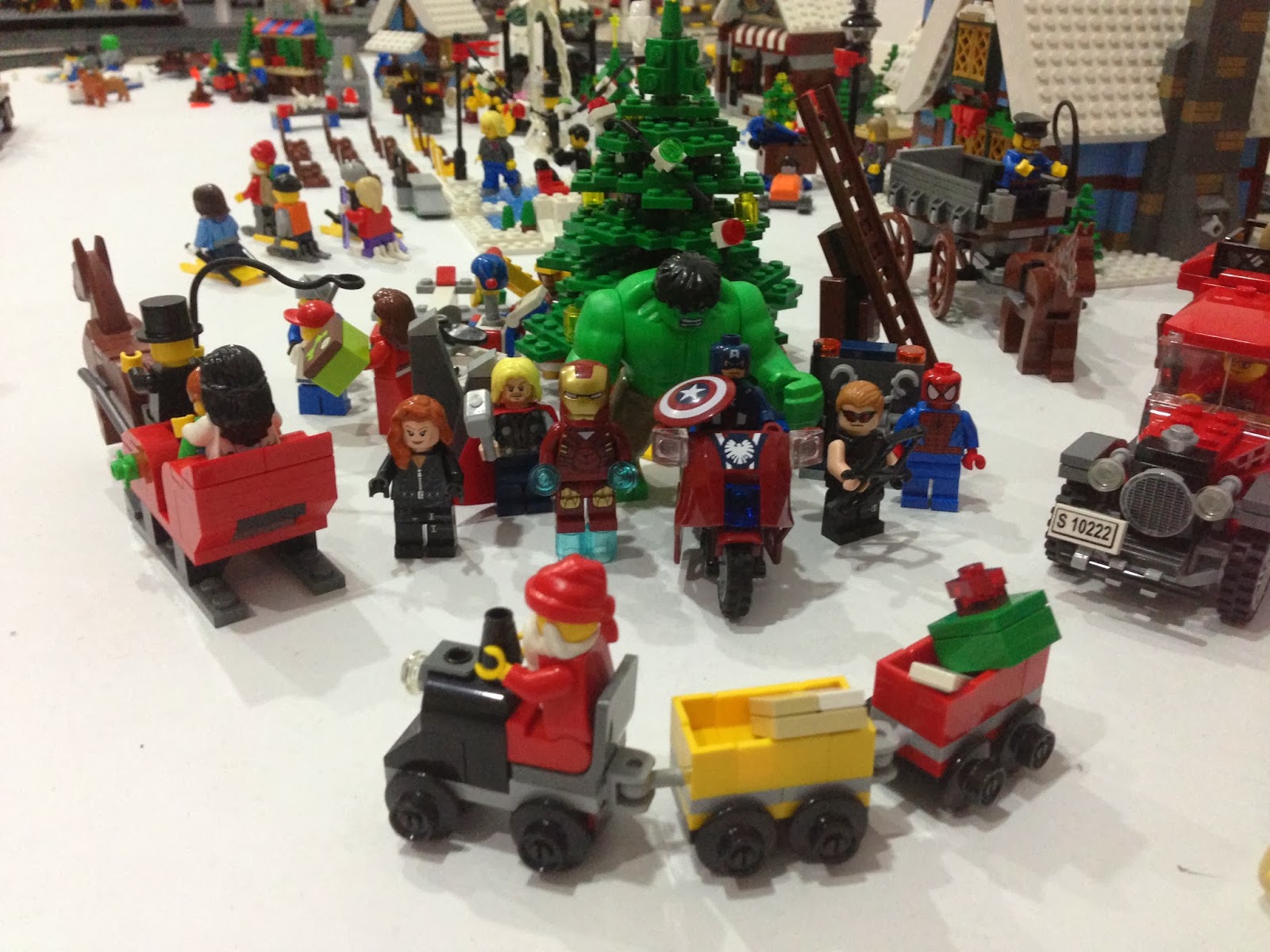 And there's the Black Widow in the scene.  That compeletes my Avengers
Posted by Novelty at 22:21